With all the weather episodes our world is facing one can’t help but stop and ask why? Is it the normal cycle of climate or are we humans leaving a mark that has propelled us into a dangerous place and is there a way out? I know many of you have heard of Global Warming before. This idea of Global Warming has been tossed to and fro from just about every political figure and religious organization across not only this country but the world.

Recent activities has again started the chatter about this intriguing yet needful conversation about Global Warming. What is it and is it really the cause of so much destruction?

Many years ago I watched a documentary called The Inconvenient Truth with former Vice President Al Gore. He presented scientific insight on the direction of our world as it relates to fossil fuels, greenhouse gasses, and the role humans play in harming our beloved Planet Earth. He spoke about how vehicle emissions, factory pollution, and deforestation has caused the instability of our atmosphere.

Humans of course are major contributors to our atmospheric demise, primarily oil companies. According to scientific studies this is the major cause of dangerous weather conditions. Earth is heating up because of those pesky greenhouse gasses.

There are some government officials who claim that Global Warming is a hoax and there are others that look at the facts, evidence, and listen to scientific reasoning. Many countries across the world have joined in and pledged to take the necessary steps to slow down and even stop activities that contribute to the destruction of our planet. Our current administration refuses to be a part of the Global Warming solution. Many organizations have taken it upon themselves to take action to help save Planet Earth.

There is still much to be done and we all should do our part. Making small lifestyle changes can make a difference.

This very short list is just a start but there is so much more you can do to help our planet. It is up to us all to make a mindful decision to be a part of the solution and not the problem. President Barack Obama states, “climate change, its a threat that may define the contours of this century more than just about anything else.” How will you contribute towards stopping Global Warming? Our future depends on it! 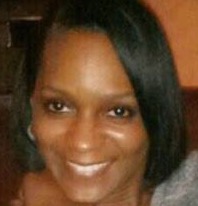 Felecia is an educator and a blogger. She is working on her debut children’s chapter book Trudy, Swimming Against the Odds due out July 2015. Felecia resides in Hollywood, FL. bewareofed@blogspot.com